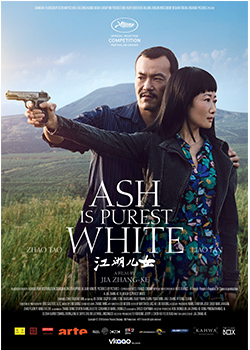 An ‘In2 Infotainment India’ & ‘Kahwa Entertainment’ (India) in association with Vkaao Gems release.

Qiao is in love with Bin, a local mobster. During a fight between rival gangs, she fires a gun to protect him. Qiao gets five years in prison for this act of loyalty. Upon her release, she goes looking for Bin to pick up where they left off.