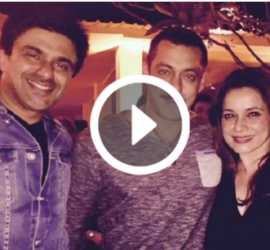 Salman Khan has always been known to have gone out of his way to support and promote his friends. He did it once again, this time for good friend and actor Samir Soni. The latter recently joined hands with actor Sanjay Suri to co-produce a film titled 'My Birthday Song' starring Suri. The film marks the directorial debut of Soni and presents Sanjay as the leading man. Khan took to Twitter and shared the trailer of the film with a… more 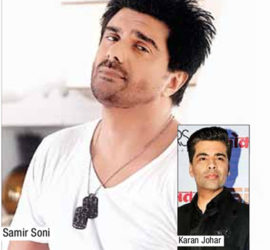 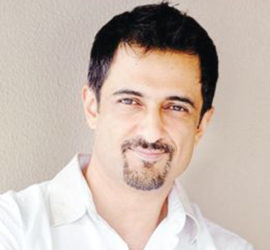 Actor-producer Sanjay Suri, who has teamed up with actor Samir Soni for his directorial debut "My Birthday Song", says he likes to work with new directors. "I love working with new directors. As a producer, whether it's been with Onir, Bikas (Bikas Ranjan Mishra) or Samir, all bring such freshness and diversity with their own distinct personalities which in turn help me collaborate with a macro vision rather than having a micro one," Sanjay said in a statement.  On directing the forthcoming film, Samir said: "I have always… more 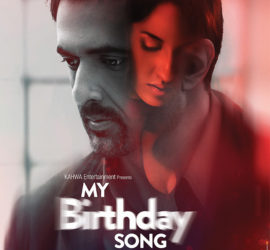 Actor and producer Sanjay Suri attended novelist Pankaj Dubey’s book launch named ‘Love Curry’ on Friday in Mumbai. During media interaction, Sanjay said that no one has made a psychological thriller in Hindi cinema like his upcoming film ‘My Birthday Song’. It is called as ‘My Birthday Song’ so there is confusion about title of the film. I want to make clear that it’s a song but it’s also a film. It’s a psychological thriller and the problem with psychological… more 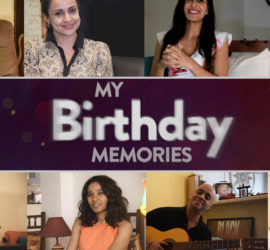 Swara Bhaskar and other B-town celebs share their birthday memories through this video. Enthralled by the celebration. Swara, who will be next seen in Veere Di Wedding, believes good food was always the show stealer in birthdays. “From last couple of years on my birthday, I get a Punjabi dhol to play live dhol for me. Further sharing her birthday experience, she mentions, “On each birthday celebration along with kids, lots of adults used to stay back because there was good… more 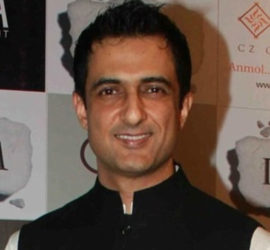 Actor-producer Sanjay Suri's next is a psychological thriller debut directed by actor Samir Soni. The film's intriguing first look was launched on Wednesday, with names like Karan Johar and Meghna Gulzar supporting it. 'My Birthday Song' deals with a series of twisted events blurring the fine line between past, present and future - between what is real and what may not be. It is penned by Samir, who has co-produced the project with Sanjay. Sanjay said in a statement, "I always knew that Samir would someday… more 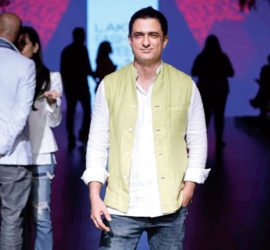 Actor Sanjay Suri insists there is no rift between him and director Onir even as the National Award-winning duo parted ways for the actor’s next, My Birthday Song, after working together for 12 years. Asked about the decision to go solo as producer, Sanjay said: “It’s just that after 12 years we decided to explore creative opportunities separately. It was a conscious decision but there’s been no fight, no fallout. But we needed to get out of our comfort zone.… more 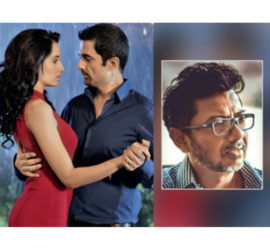 After 12 years Sanjay Suri and Onir go solo with the actor collaborating with Samir Soni on his next. After co-producing five films with Onir—My Brother Nikhil (2005), Sorry Bhai (2008), I AM (2010), Chauranga (2014) and the recently released Shab (2017)—Sanjay Suri has gone solo with his upcoming production titled My Birthday Song. Making his directorial debut with this psychological thriller is Sanjay's long-time actor-friend Samir Soni. "The film is set in Delhi and my character, an ad filmmaker,… more 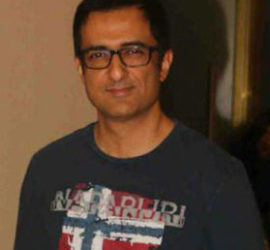 Actor Samir Soni will be making his directorial debut with My Birthday Song. The film, which stars Sanjay Suri and Nora Fatehi, is now complete and ready to be released. Suri had started working on it in 2014. Suri shared the development exclusively with Cinestaan.com while speaking about his next production, Shab. Suri is also producing My Birthday Song. The release date for My Birthday Song is not yet decided. But Suri added that it won’t be long before it… more 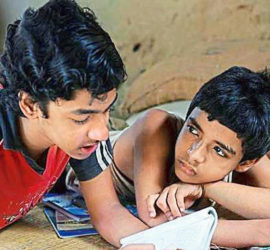 Why watch Chauranga when a lot of what it’s about – pig-herding, love across caste lines, the constant tensions between Dalits and the people who won’t treat them as equals, the young boy who decides enough is enough – was already seen in Nagraj Manjule’s Marathi drama Fandry? One reason could be the mood the director, Bikas Ranjan Mishra, conjures up. The film weaves a quiet, hypnotic spell. If Fandry was a volcano, Chauranga is an idyllic picnic spot that… more 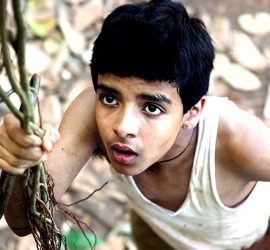 Sanjay Suri’s “Chauranga” is releasing on Friday alongside “Wazir”, which features biggies like Amitabh Bachchan and Farhan Akhtar. But the actor-producer feels they have no competition, and says that both the films can co-exist at the box office. Asked if there’s any reason to worry with “Wazir” releasing on the same day, Sanjay told IANS: “It is great because it is a bigger film. We are not worried as every Friday there will be one film or the other. “We… more 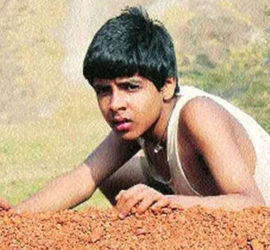 Onir has been raising his voice on sensitive issues through his films since the beginning, and he is back with yet another great story… Filmmaker Onir will be unfolding a story around class oppression on the silver screen with Chauranga on January 8 next year. He is excited and thrilled over the worldwide release announcement. Onir, who has co-produced the film with actor Sanjay Suri, took to Twitter to share the news. “Proud and excited to announce that our film… more